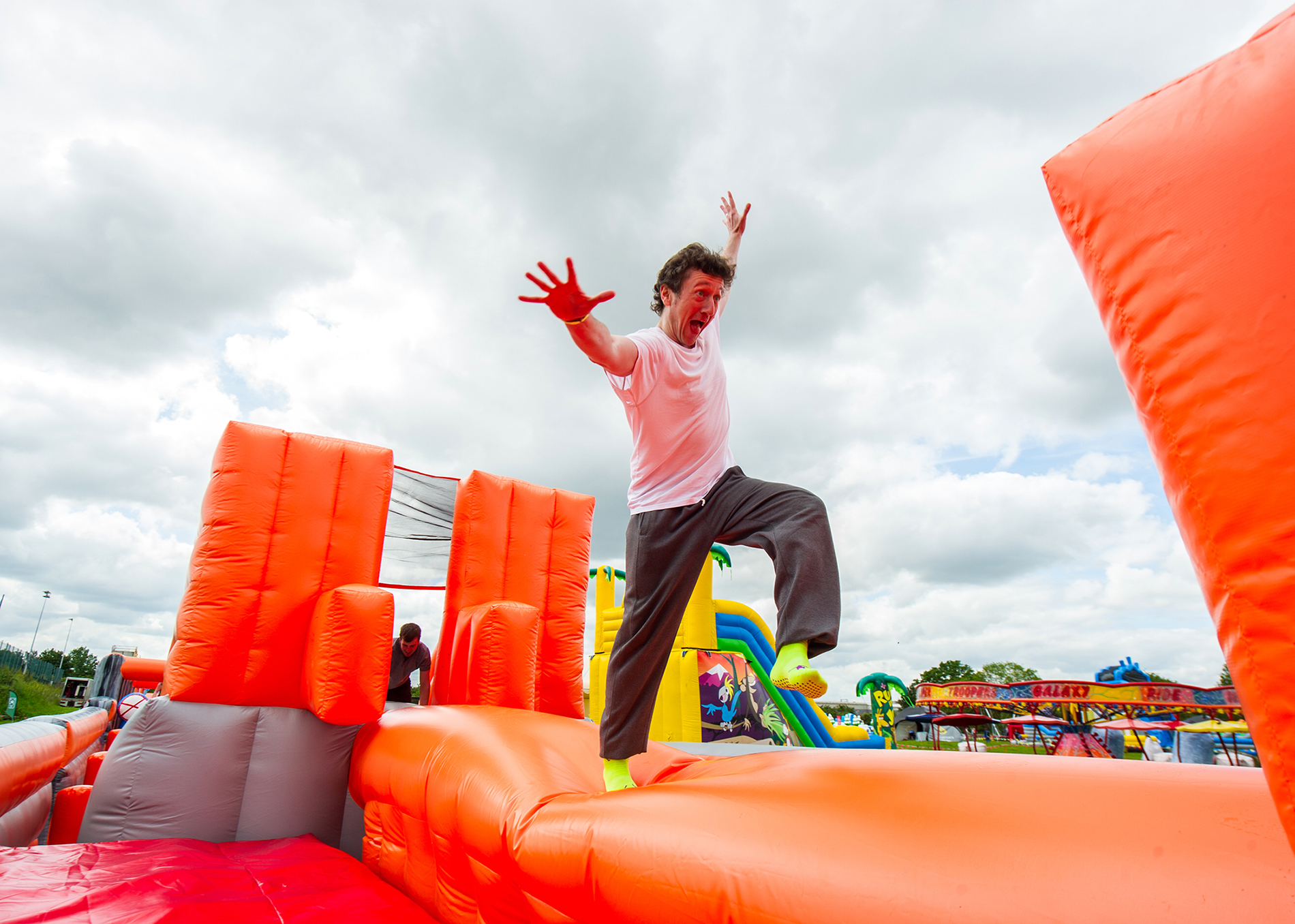 With the first event due to start in Reading just days after the agency was engaged, Boxed Off was able to get quickly into gear, securing interest from PA and local media which resulted in coverage from Berkshire to Ireland.

The agency also put into action a dedicated social media strategy, targeting Facebook to help create a buzz around the forthcoming events, while also feeding news, video and images via Twitter and Instagram.

Along with the main obstacle course, an inflatable village offering something for all ages was also part of the fun and needed publicising.

The event would be based in Reading for two weekends before heading out on the road. Boxed Off needed to use this time well, in order to ramp up interest in the forthcoming tour.

During the four months of the Labyrinth Challenge tour Boxed Off achieved over 200 pieces of coverage in regional and national print, broadcast and online media.

Highlights included pieces in ‘The i’, Metro, Cosmopolitan, Candis, Heart, The Scotsman, Birmingham Mail and Edinburgh Evening News; a variety of live radio interviews and broadcasts from the event itself; TV coverage from Made In Liverpool, Latest Brighton and a feature on ITV Scotland’s 6pm bulletin; along with interest from America with a Q&A piece in Nokia’s US Health Blog. On social media we achieved 1.2m impressions on Facebook and a reach of almost 200k on Twitter.

The combination of the aligned PR and social media campaign resulted in continually increasing visitor numbers over the summer events. By the end of August, the event’s popularity was such that visitor numbers remained strong throughout September when the weather was not as favourable for outdoor events.

“An intensive PR and social media campaign was required to launch the world’s longest inflatable obstacle course – The Labyrinth Challenge –  and support the event at 15 different locations across the UK.

“Boxed Off’s experience with days out attractions proved crucial in getting journalists to have a go on the course as well as securing hundreds of pieces of print, broadcast and online coverage.

“The agency’s social media team was extremely responsive and able to deal with out of hours’ queries from the public. The whole team did a top job.”