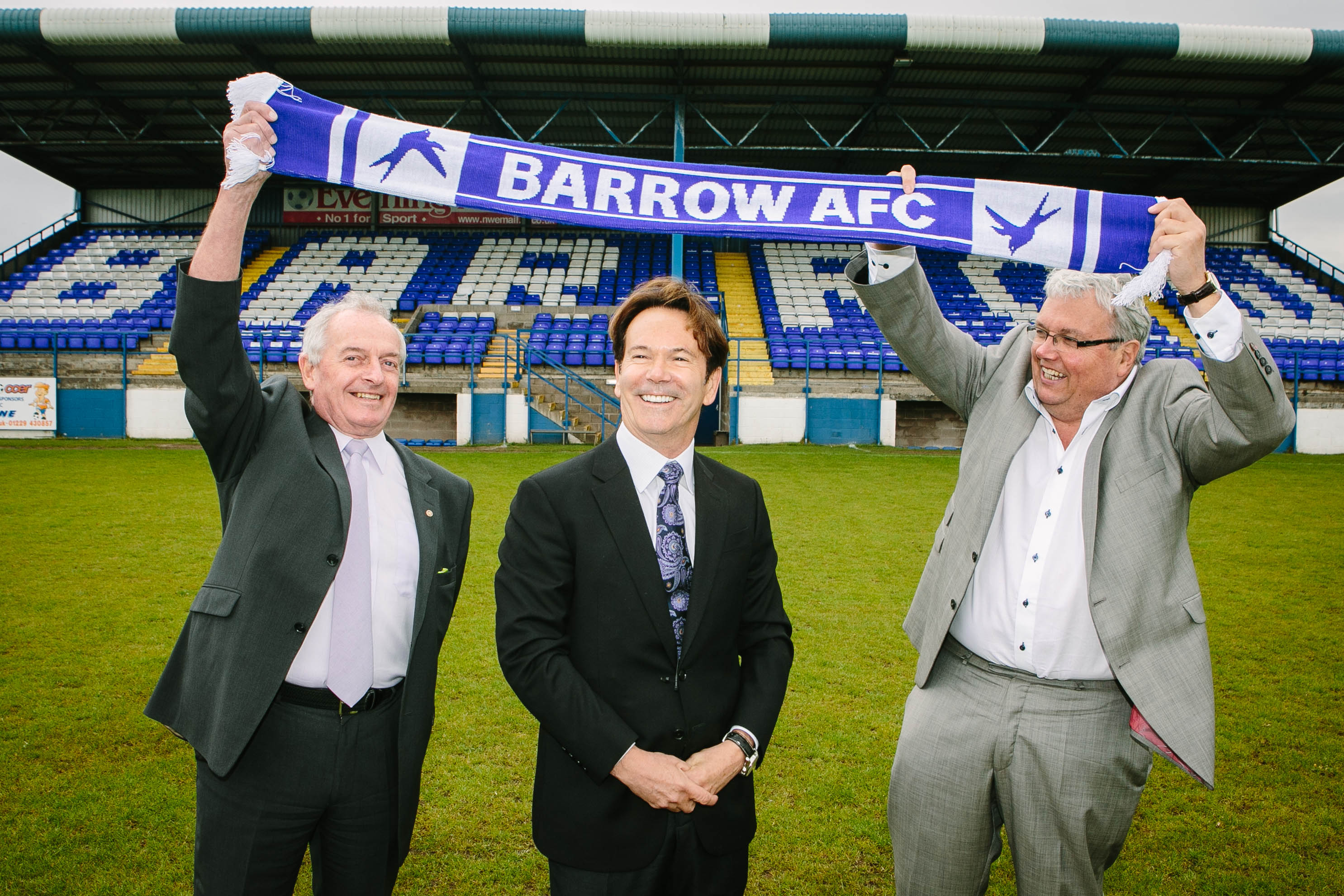 Following the takeover by US-based millionaire and Barrovian Paul Casson, Boxed Off was initially brought in to raise the profile of the new chairman and position the club at the heart of the community.

It was vital not only to connect with the fans but also the media and opinion formers, including those in the business community, in the town of Barrow and across the region.

In its first season of new ownership, the club won the Conference North and was promoted to the National League.

Boxed Off subsequently organised the ‘Holker Homecoming’ to celebrate the promotion, show the new owners’ success in the first season and put the club back on the football map.

The agency was able to renew the club’s relationships with the region’s football correspondents and further coverage was secured on non-league day in the national press and on Sky Sports.

Two days after winning promotion, Boxed Off initiated and sold-in the homecoming to the local press, radio stations and both the BBC and ITV regional television sports correspondents.

The media were on hand to witness 800 fans braving the elements to welcome the triumphant team back with BBC and ITV covering the homecoming live.

“It’s no mean feat to get both major regional broadcasters to Barrow and it was a fabulous night to end a fabulous season. Boxed Off has great contacts across the board and the media coverage has certainly helped get the club back on the football map.”