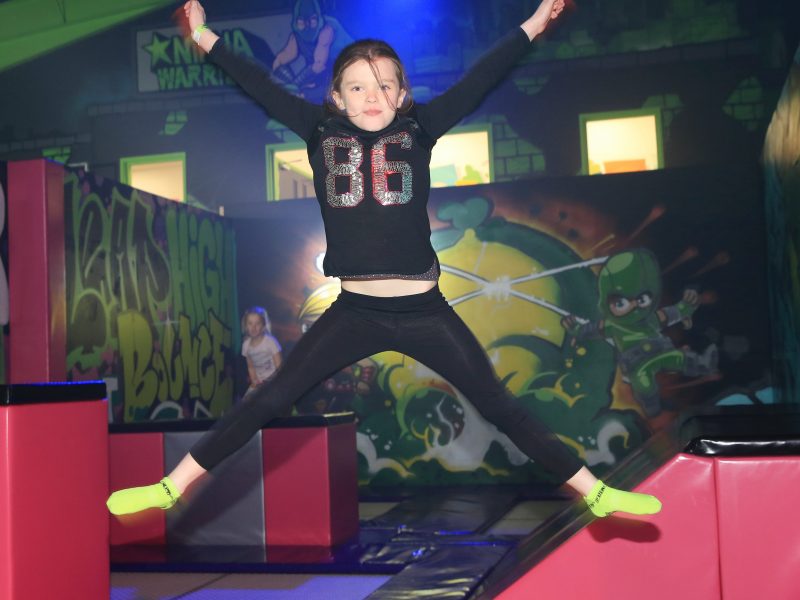 Excitement is growing for the opening of Somerset’s first trampoline park, as work on the new Flip Out in Wellington gets under way.

The brand new £1.2m Flip Out is set to open at Chelston Business Park this summer, creating 45 jobs.

The Somerset arena will be the sixth Flip Out launched by Boxed Off, following successful openings in Preston, Sandwell, Chatham, Chichester and Leicester.

Younger visitors will be jumping for joy with a separate trampolining and free-running area specially created for under 5s.

The brand new Flip Out will also have two party rooms and its own cafe.

“Trampolining is great fun and it’s also a fantastic way to keep fit. We are thrilled to be the first to introduce the trampolining concept to Somerset.

“As well as trampolining, the new Flip Out will have lots of other exciting features such as a ninja warrior course, battle beams, a dodgeball court and free-running area.

“I’m sure it will be a big hit with the people of Somerset.”

The new Flip Out will be open every day from 9am-9pm Sunday to Thursday and 9am – 10pm on Friday and Saturday.

Flip Out is the world’s fastest growing trampoline park operator with more than 60 arenas in eight countries.