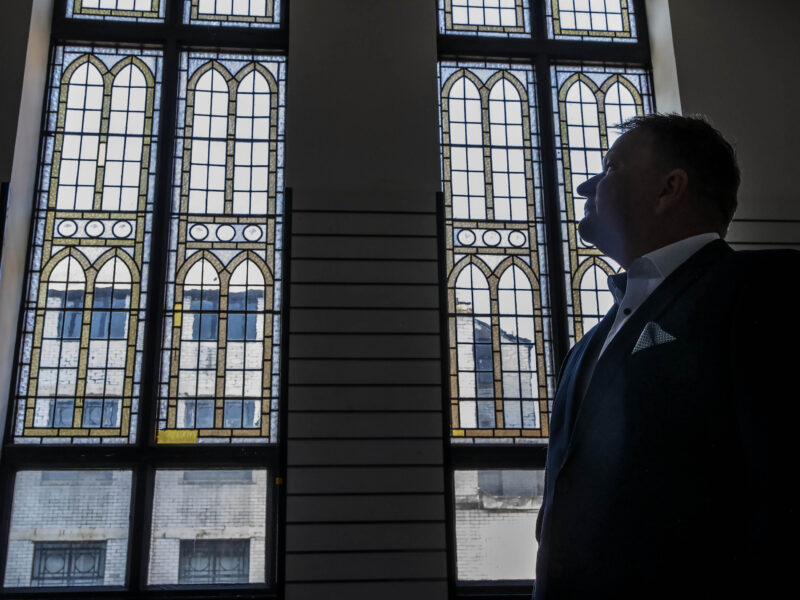 Plans have been revealed for one of Southport’s most prominent buildings with the new owner of The Cloisters promising to spend more than a million pounds redeveloping it.

The 6,000 sq ft, two-storey former Victorian school on Corporation Street is subdivided into two units and has a large rooftop terrace that was once a playground.

Matthew Townson will move his company, Techedia, into one part of the flagship site and create a new health and wellbeing centre in the other.

Techedia, which specialises in everything IT related in the professional services sector, will move from its Crosby base where it has experienced year on year growth since its formation in 2013.

Mr Townson, who’s from Southport, hopes to more than double the size of Techedia and create around 75 jobs recruiting from the town’s schools and colleges which he once attended.

“As a proud Sandgrounder, I’m grateful for the opportunity to bring such an important building in the town back to life after being empty for three years.

“We’re keen to attract local people to work in the building and perhaps more importantly retain that talent, which in the past has moved elsewhere, as well as help fuel the local economy.

“The Council has been extremely supportive and we’re continuing to work with them to ensure the building is not only eco-friendly but also provides services and activities for local people focusing on health, wellness and wellbeing.

A planning application has been submitted to Sefton Council with work expected to begin early next year.