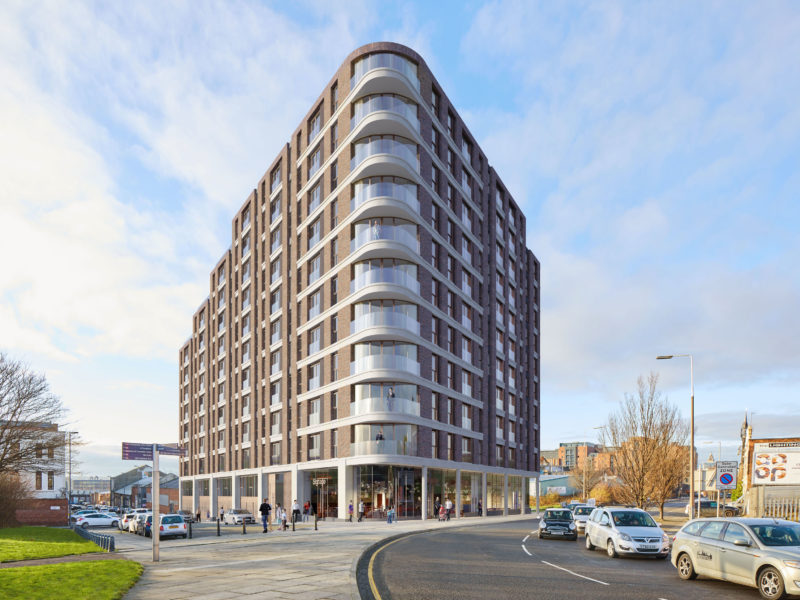 The 12-storey Eclipse development, offering views of the city, River Mersey and the nearby Anglican Cathedral, will be built on land bordering Greenland Street, New Bird Street and St James Street.

The scheme, which is being developed by Liverpool property firm Ridgemere, comprises 217 studio, one- and two-bedroom apartments, situated one block from Jamaica Street and Camp & Furnace.

“The developer was impressed by our complete design solution, skills base and the transparent way we work.

“Studio RBA stands for ‘refreshing, bold architecture’ and Eclipse gives us the opportunity to show this via a major new property, standing at one of the key gateways to the city centre.”

The Baltic Village is familiar territory for Studio RBA having already won 3 projects in the area, including the forthcoming Baltic Hotel, alongside key residential schemes Bridgewater Street and Baltic Place.

The practice, which is based in Wavertree, was established in 2017 and comprises a young team that has already turned around more than 120 projects, across the North West, worth over £100m.

To get in touch with Studio RBA visit: www.studiorba.co.uk or follow on social media @StudioRBA