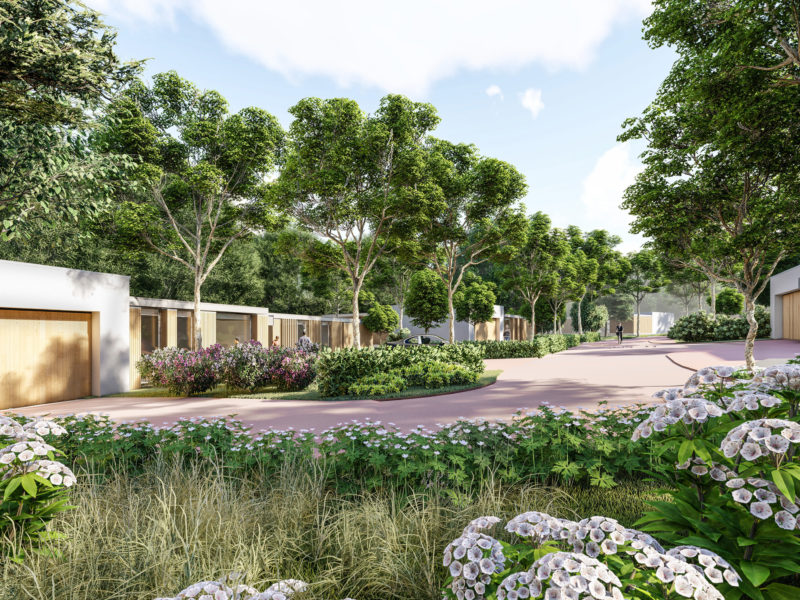 An innovative, green housing scheme in South Liverpool has been given the go-ahead after a successful planning appeal.

The 12 acre development in Woolton will see half of the site dedicated to a new wildlife park accessible to the public.

Woolton Manor, is an ambitious £7m scheme being developed by Rushton Properties and consists of 9 single storey detached 4 and 5 bedroom executive homes with roof and ground level gardens, a warden’s bungalow for 24 hour security, the reconstruction of a former shelter to form a bat roost, the repair and restoration of paths, a pond and a bee hive.

“We’re really proud of this scheme as it provides public access for the first time to areas which are currently dilapidated and overgrown.

“We’re aware of the sensitivity of developing on an area designated as green space which is why 6 acres of the site will be an ecological enhancement area giving an overall net gain in both public amenity and conservation terms.

“It’s a ground-breaking scheme which improves and brings to life a historical site much of which is currently an undeveloped eyesore.

“We’re looking forward to working with the city council, our planning partners Roman Summer and the developer to deliver this exciting scheme which provides high-class housing and a park for the local community to enjoy.”

Studio RBA is currently working on a number of projects, including Damfield Lane in Maghull, alongside schemes on Bridgewater Street and Baltic Place.

Liverpool-based Studio RBA was formed in July 2017 by founding director Adam Morgan and has since built a strong reputation for original design and efficiency, backed by a young team which has turned around more than 140 projects, across the region, worth over £125m.

To get in touch with Studio RBA visit: www.studiorba.co.uk or follow on social media @StudioRBA