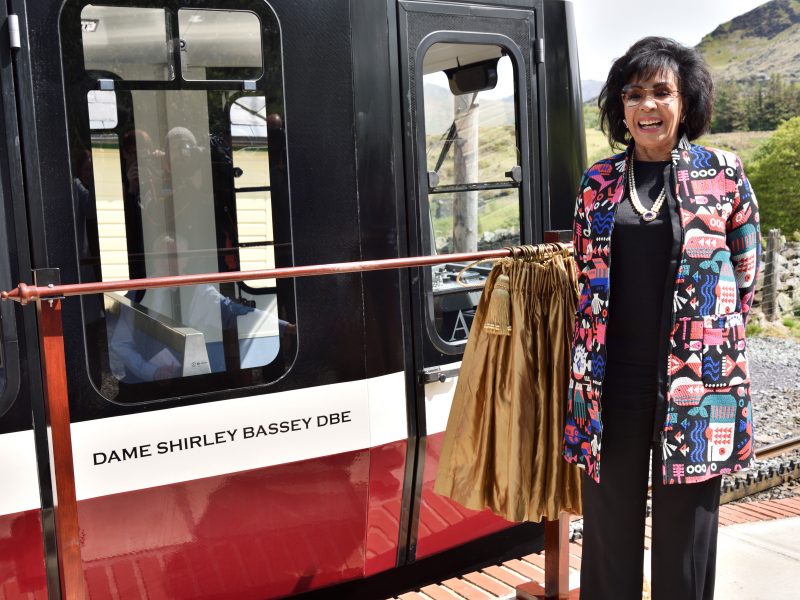 Dame Shirley Bassey DBE has been honoured in North Wales after Snowdon Mountain Railway named a carriage after the legendary singer.

Now the campaign has been recognised by the PR industry and shortlisted for a CIPR award in the Travel, Leisure and Tourism category.

Earlier this year, Dame Shirley travelled on the historic Welsh railway to Waterfall station in the foothills of Snowdon to unveil her carriage.

The honour is to recognise Dame Shirley as an international ambassador for Wales and for her glittering musical career, having been the first Welsh singer to have a number one single, and the only artist to record three James Bond theme songs.

The Cardiff-born entertainer is the fourth and final person to be recognised by the railway with the most recent recipient being classical crossover singer Katherine Jenkins OBE in 2015.

“I’m so grateful to Snowdon Mountain Railway for this unique honour.

“It’s been a privilege to entertain audiences around the world and help put Wales on an international stage.

“I’m proud of my Welsh roots and this honour keeps me forever connected to Wales and one of its most iconic locations.” 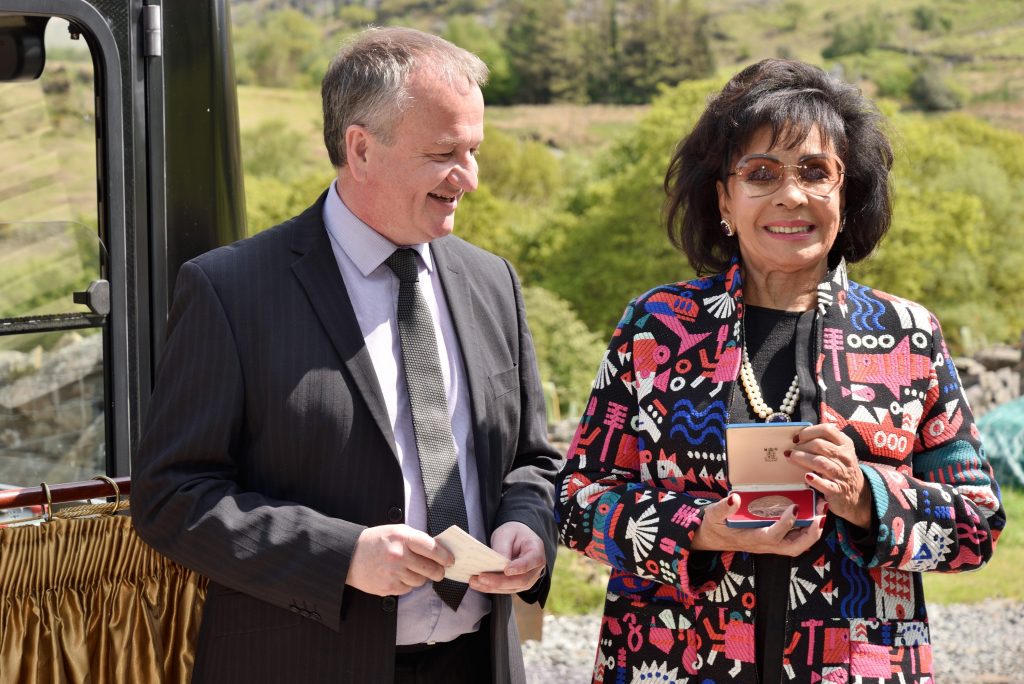 Dame Shirley was presented with a commemorative medal by Vince Hughes from Snowdon Mountain Railway, who said:

“The carriage naming recognises outstanding individuals in their field and we wanted to save the best ‘til last.

“I’m sure the other three  won’t mind me saying that nobody’s done more to put Wales on the map than Dame Shirley.

“We’re truly thrilled that Dame Shirley agreed to come to Snowdon in person to accept the honour.”

The story was covered extensively by ITV, BBC, S4C, and BBC Online, MSN; on radio stations Heart, Capital and Global and in print including The Daily Telegraph and The Times.